7 April 2016 saw 28 Squadron RAF celebrate their belated 100 birthday and the opening of their new hanger facilities at RAF Benson Oxfordshire UK.  A parade of 90 members of the Squadron was held in the new hangar and reviewed by HRH Prince Michael of Kent GCVO. 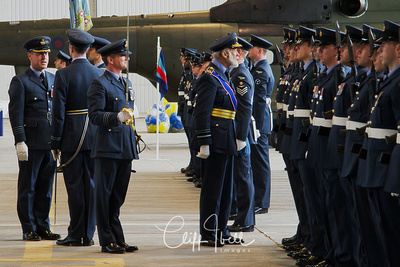 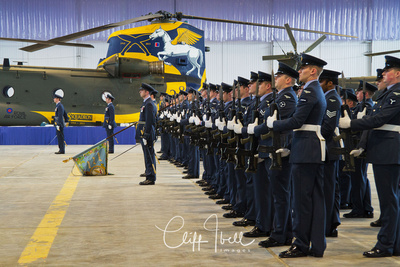 28 Squadron’s Commanding Officer Wing Commander Marty Lock said “I am honoured to command a squadron with such an illustrious history and an exceptionally bright future. We are always mindful of our Squadron’s heritage and our actions today honour all those who have served 28 Squadron previously. Today I have the privilege to command a squadron of dedicated and passionate personnel, from engineers, operations, admin and safety equipment staff to the students and the instructors who provide the training, all of whom allow 28 Squadron to provide the best training to all future RAF support helicopter aircrew.”

As part of the celebrations, permission was granted for a special paint scheme to be applied to Boeing Chinook HC4 ZH777 and was unveiled at the parade.  As well as the special Chinook paint scheme a special decal scheme for Eurocopter Puma HC2 ZJ954 was also unveiled. 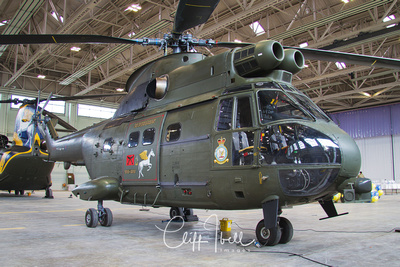 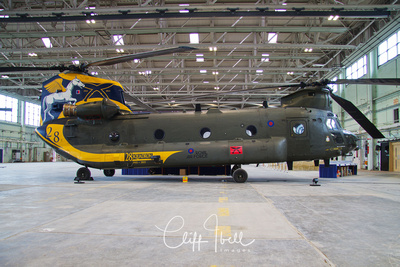 The paint scheme was designed by Flt Lt Andy Donovan and created by the RAF Odiham paint shop with the assistance of SERCO. Flt Lt Donovan explained that the Pegasus motif was adopted by 28 Squadron in honour of the squadrons’ first operational base at Yatesbury and the crossed Kukri knives represented the contining bond between 28 squadron and 48th Gurkha Brigade first forged during far East operations in the 1950s.  He also explained that every part of the colour scheme had to be approved from the colours of paint used right down to the placement of stencil markings by many authorities including Boeing, Camouflage committees within the Ministry of defence as well as Joint Helicopter Command. 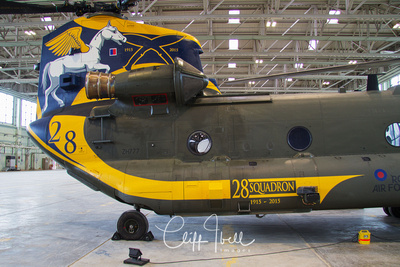 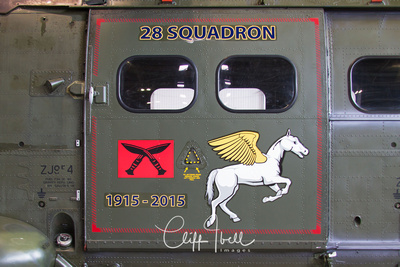 The Squadrons battle honours include:

Most recently 28 Squadron operated Merlin HC2 and HC3 in Afghanistan in support of operation TORAL until October 2015 following the transfer of the Merlin to the Royal Navy,  when it became the Operational Conversion Unit for Boeing Chinook and Eurocopter Puma HC2 aircraft, training aircrew in skills such as under slung load operations and instrument flying.

Cliff Ibell Images would like to thank Wing Commander Marty Lock, OC 28 Squadron and Nikki Hamilton, Station Engagement Officer RAF Benson for help in the making of this article and allowing access to RAF Benson.