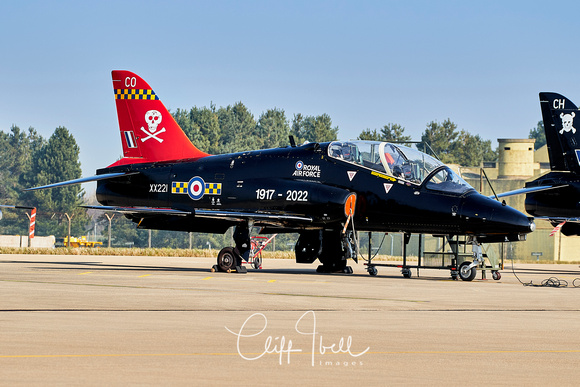 100 Squadron RAF was formed as a night bomber unit in 1917 and has the distinction of being the last unit to conduct operations prior to the signing of the armistice in 1918. After a long distinguished service in 1995 100 Squadron moved to RAF Leeming North Yorkshire equiped with the BAe Systems Hawk T1A.

The Hawk T1A are crewed by ex frontline pilots who use their experience to provide training both in Air to Air and Air to Ground combat techniques so providing vital agrressor services to both UK and NATO armed forces.

The final Commanding Officer of 100 Squadron Wing Commander Ted Taylor-Head was determined to see 100 Squadrons disbandment go out in style. During the final week of operations prior to the disbandment cerimomy on the 31st March 2022, he arranged a photo call for aviation enthusiasts and Cliff Ibell Images was there.

50 invited aircraft enthusiasts were able to witness and photograph 100 Squadron crew up and practice their flypast ready for the disbandment parade the following week.

The following Hawk T1A were used for the flypast and avialable to be photographed. 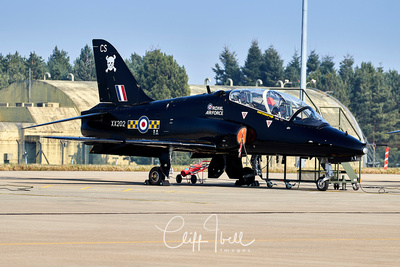 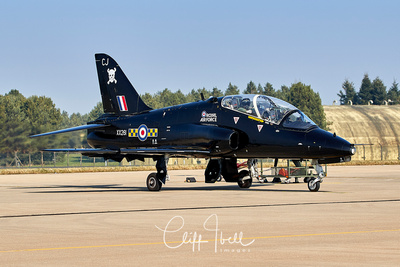 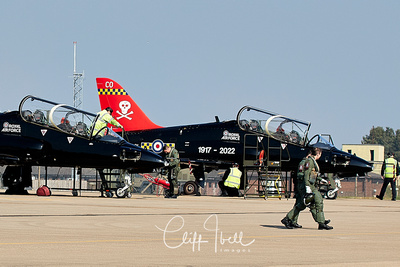 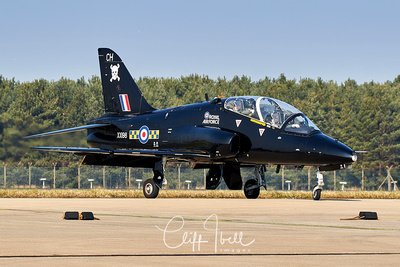 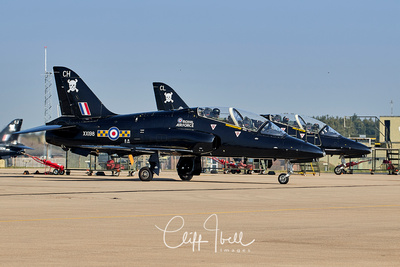 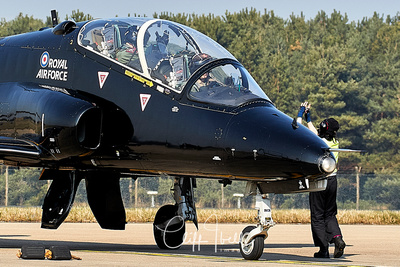 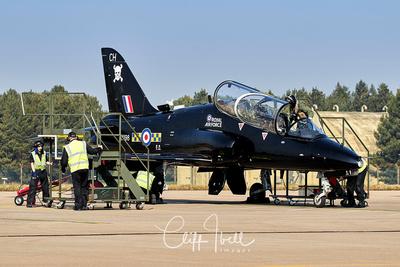 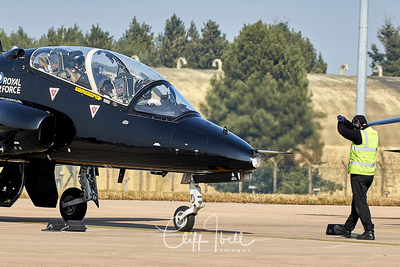 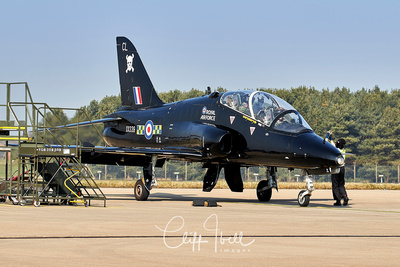 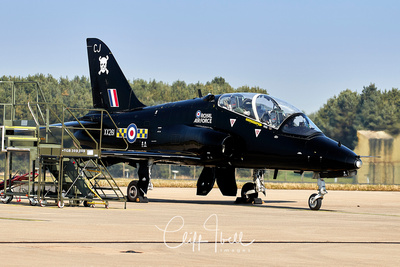 "We had to make sure we said goodbye to 105-years in the best way possible and honoured the history of the Squadron. It’s about the people who came before us and the people here now, who make the squadron." 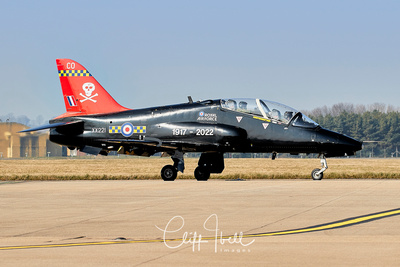 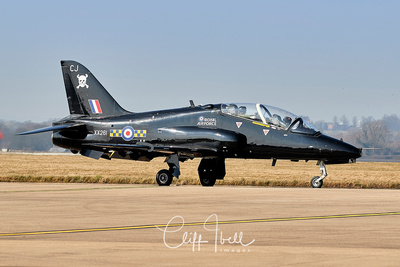 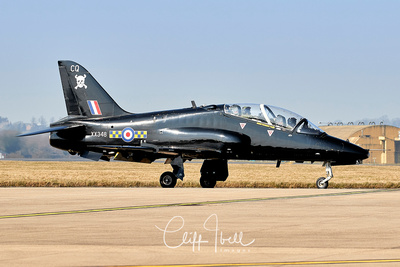 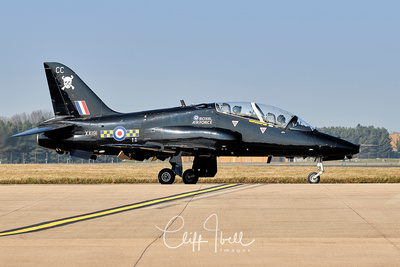 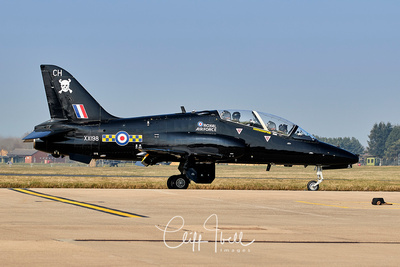 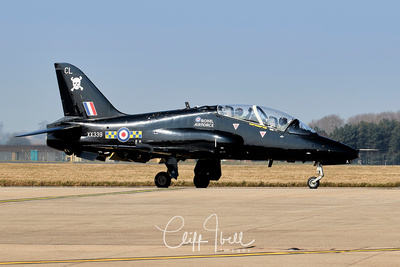 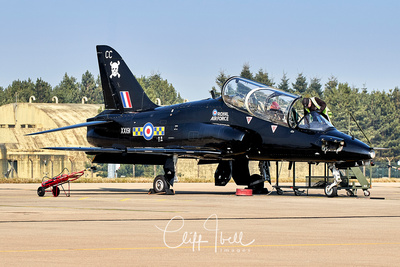 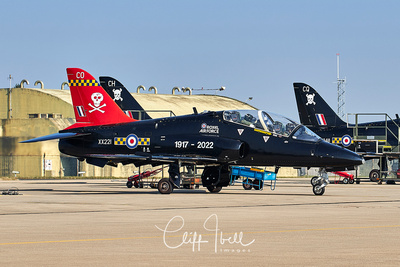 This event not only marked the end of 100 Squadron but also the end of the BAe Hawk T1 in operational service with the RAF. The Hawks operated by the Royal Navy 736 NAS having been withdrawn the previous week with final flights taking place on 24th March.