The Westland Wasp Historic Flight is the Brainchild of Terry Martin. His vision is to both educate future generations and celebrate the men and women who built, flew and maintained this first generation jet powered helicopter for almost 30 years. At the heart of the historic flight is Westland Wasp HAS1 XT787 (G-KAXT) which Terry and his band of volunteers display at various air shows and events across the county.

The Westland Wasp was developed from the Saro P531 in response to the Royal Navy’s requirement for a Medium range Anti submarine Torpedo-Carrying Helicopter (MATCH). The Saro P531 prototype first flew on 20th July 1958 and carried out detailed evaluation flights with the Royal Navy which included different landing gear configurations. Finally settling upon the fully coastering quadricycle landing gear (as they gave superior deck handling characteristics) and other navalised features (i.e folding tail boom and main rotors}, these test flights continued until the September of 1961 when the Royal Navy placed an order for two preproduction airframes. The first preproduction Wasp helicopters were first flown on 28th October 1962 and following the Royal Navy’s order for 98 airframes production started soon afterwards. 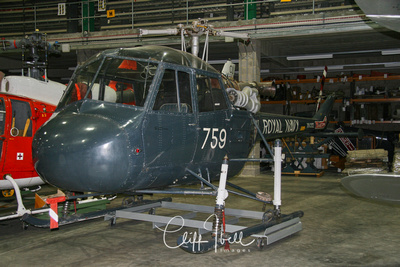 The Royal Navy commenced Wasp flight trials with 700 NAS W Flt (IFTU) RNAS Culdrose between June 1963 and March 1964 and finally cleared the Wasp for small ship deployment later that year. Based at RNAS Culdrose with 829 Naval Air Squadron the Wasp was deployed to many ships flights including HMS Endurance based in the South Atlantic. The Westland Wasp has the honour of being the first helicopter anywhere in the world to score a confirmed kill against an enemy vessel. This event took place on 25th April 1982 during the Falklands War when Wasp from HMS Endurance and HMS Plymouth engaged the Argentinian submarine ARA Santa Fe causing irreparable damage and subsiquent  surrender after the crew abandoned the listing submarine alongside the jetty at King Edward point South Georgia. It is this battle honour that the Westland Wasp Historic Flight remembers with XT787 wearing the colour scheme of the Wasp from HMS Endurance that day.

The Westland Wasp HAS1 continued to serve with the Royal Navy until 1988 being replaced by the Westland Lynx HAS1. 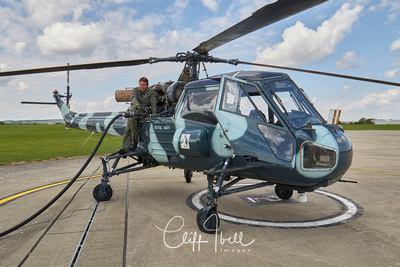 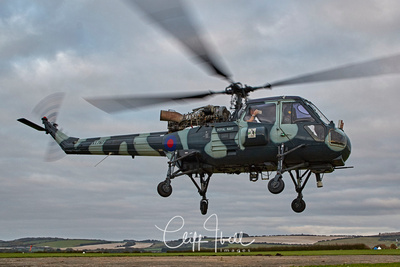 After being retired in 1981, the Royal Navy's Wasp helicopters were reinstated into service during the Falklands campaign when RN Wasps were brought out of storage for deployment on Leander, Tribal and Rothesay class frigates which were too small to carry the Lynx helicopter which replaced the Wasps on the newer ships of the fleet.

However, in October 1982, not long after the cessation of hostilities in the Falkland Islands, XT787 was struck off charge from the Royal Navy and, because of her excellent condition and low hours (679:40 total flying hours in RN) she was transferred to New Zealand where, until 1997, she served as part of the RNZAF but in service with RNZN as NZ3905. 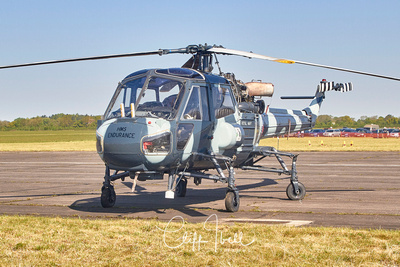 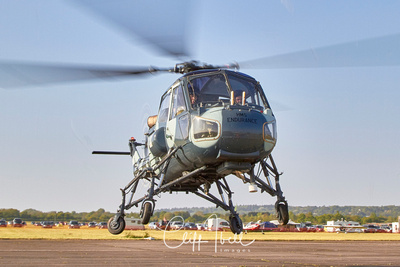 On being withdrawn from RNZN service in March 2002, NZ3905 was sold back to Westlands and was subsequently bought by Kennet Aviation and registered as G-KAXT. With MoD approval, G-KAXT was again remarked as XT787, and repainted in the South Atlantic camouflage scheme of HMS Endurance’s Wasp XS527 which took part in the attack of the Santa Fe. 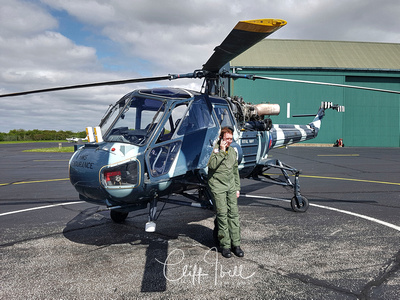 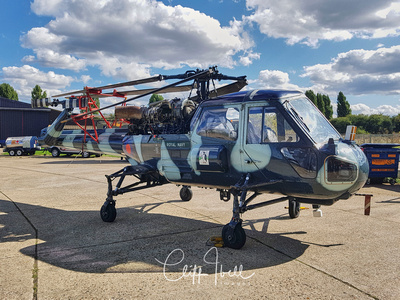 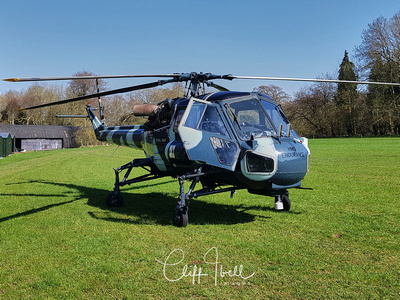 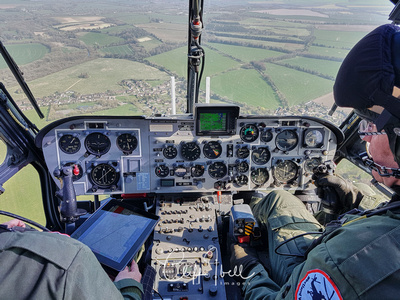 XT787 was finally sold to Terry Martin a former RAF Wing Commander in November 2012 with the Westland Wasp Historic Flight being formed soon after. 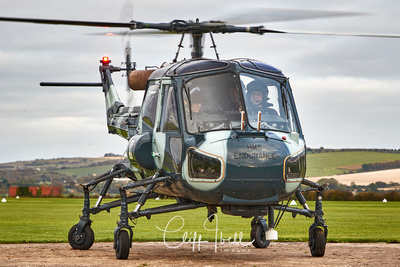 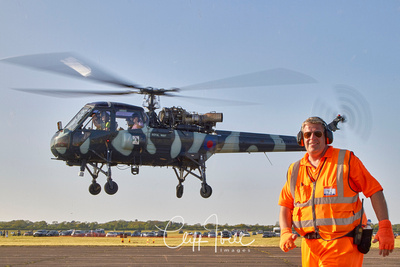 Although XT787 is the flying airframe with the WWHF the flight also has two other non flying airframes. Westland Scout AH1 XT633 which is used to train young people in aeronautical engineering at Bridgewater College and Westland Wasp HAS1 XT780 which is in storage. 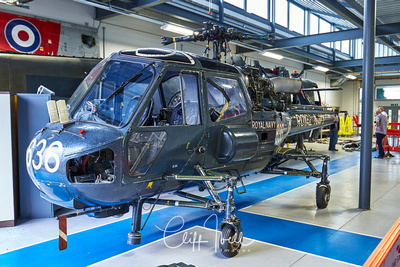 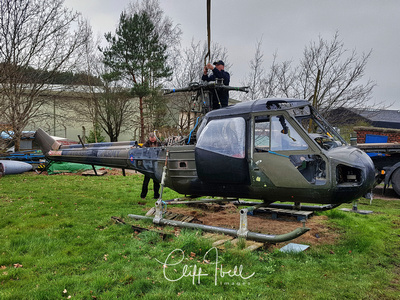