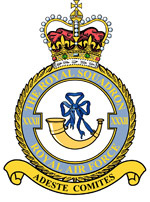 32 Squadron was formed at Netheravon on 12 January 1916 and has had a long and disguished history with battle honour's including:

32 Sqn took on the title 32 (The Royal) Squadron in 1995 when it was amalgamated with the Queens Flight and continues in the Command Support Air Transport (CSAT) role. Based at RAF Northolt, West London it is ideally situated to carry out the CSAT duties flying both Royalty, Military commanders as well as HM Government officials. 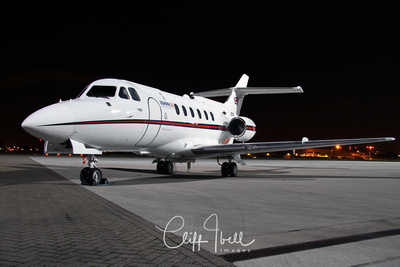 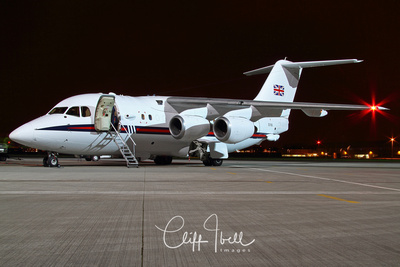 Most recently 32 (TR) Sqn saw its aircraft involved in the middle east theater using both BAe 125 CC3 and BAe 146 CC2 for operations into Afghanistan and Iraq in support of Operations Herrick and Telic, with a  considerable amount of tasking into Kabul, Kandahar and Bagram and this remained the case until UK forces finally withdrew from Afghanistan in 2015. 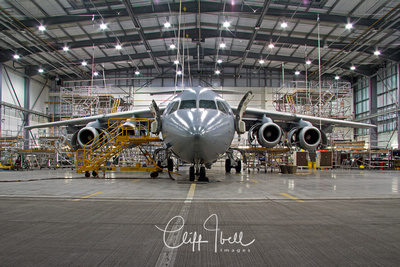 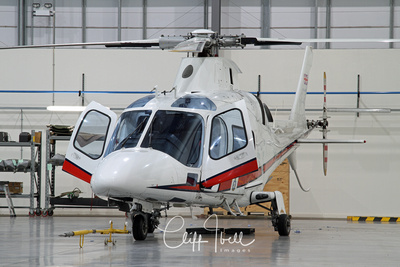 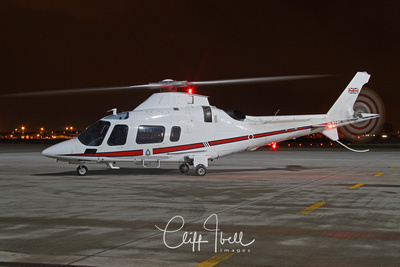 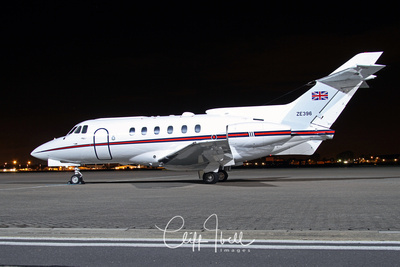 Although having an Out Of Service (OOS) date of 2022 due to further HM Government defence cutbacks this date was brought forward to 31st March 2015. This saw the retirement of the BAe 125-700 CC3 fleet both from 32 (TR) Sqn and the RAF.

The BAe 125-700B CC3 with a crew of three (2 x pilots and 1 x cabin attendant) is powered by two Garrett TFE731-3-1H turbofans each producing 3700 Lbs of thrust giving the CC3 a cruising speed of 320Kts and a service ceiling of 41000Ft. The aircraft fuselage is divided into three main sections. The forward section contains a weather radar, the cockpit and the galley area; the centre section contains the passenger compartment, and the rear section contains a large equipment bay and two additional fuel tanks for extended-range operations. Each airframe is also fitted an electronic defensive-aids suite (DAS) that gives the aircraft almost 360º protection against infrared missiles.

Prior to the OOS date of 31st March 2015 the CC3 fleet was already reduced to four airframes. ZD704 sustained severe damage during a hail storm while on operations in Kandahar Airport in Afghanistan on 23rd April 2013. Although there were no injuries reported it was not until 17th October 2013 that members of the USAF’s 451st Expeditionary Aircraft Maintenance Squadron helped to move the aircraft for transport back to Hawarden Airport, near Chester, North Wales and placed in storage following the decision that it was uneconomical to repair. ZE396 was also ferried to Hawarden on 25th February 2015 for spares recovery so leaving four remaining airframes to see out the final days.

Following the official retirement it was decided that ZD621 would become a "gate guardian" and placed on display outside 32 (TR) Sqn's building with the remaining three ZD620, ZD703 and ZE395 being put up for sale by the MOD Disposal Sales Authority (DSA). The three airframes were ferried to Dunsfold, Surrey on 25th March 2015 for spares recovery and final delivery to their new owners.