To celebrate the 50th Anniversary of the Gazelle a fly-in organised by threshold.aero was held at AAC Middle Wallop Hampshire the home of Army Aviation in the United Kingdom.

Eighteen Gazelle were gathered at Middle Wallop of various marks both military and civil with most notably two variants from the French Army on display. As the main role of the Gazelle in military service was that of communication and light attack the organisers also invited a gathering of Taylorcraft Auster fixed wing aircraft. The Auster preceded the Gazelle into service with the Army Air Corp up to the mid-1960s as airborne observation posts (AOP). Also in attendance were various other civilian helicopters and auto gyros. 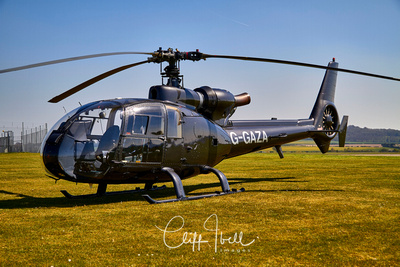 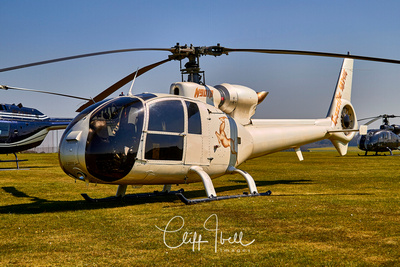 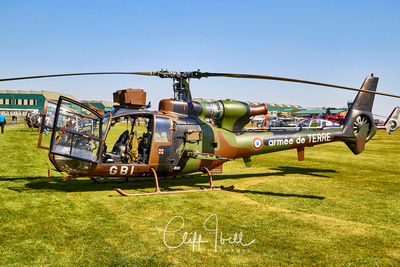 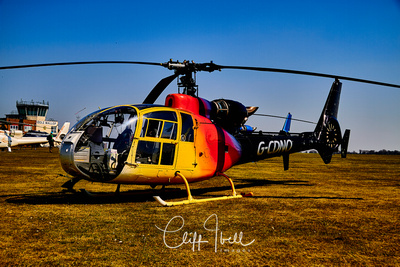 On 7th April 1967 the Aérospatiale SA340 Gazelle took its first flight under the controls of test pilot Jean Boulet. Initially the SA340 was fitted with a conventional tail rotor as fitted to the Alouette II but this was soon replaced on the second prototype with the now familiar Fenestron ducted fan tail rotor.

With around 1,775 airframes produced between 1967 and 1996 the Gazelle has seen service with both Military and Civilian customers.

In 1973 an order was placed for 142 airframes by the United Kingdom Ministry of Defence MoD with the first entering service with the Army Air Corp (AAC) in July 1974, Royal Air Force (RAF) in August 1974 and Royal Navy (RN) in December 1974 with many of the airframes built by Westland Helicopters under licence from Aérospatiale. 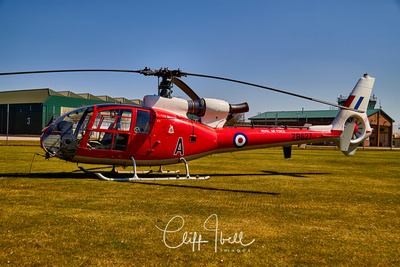 By December 2016 the numbers of Gazelle still in service with the MoD has reduced down to 36 airframes, with many of the retired Gazelle passing into civilian ownership. Of the 36 airframes in MoD service it is reported that 18 are active at any one time with the rest undergoing maintainance.

The remaining Airframes are in use with 5 Regiment AAC in Northern Ireland, 9 Regiment AAC AAC Middle Wallop and BATUS Suffield Canada as well as Empire Test Pilots School RAF Boscombe Down. It is intended to keep the Gazelle in service until 2025 so making it the longest serving helicopter with the British Armed Forces.