The Final Days of the Westland Lynx AH7

July 31st 2015 saw the final retirement of one of the most versatile helicopters in the United Kingdom’s Army Air Corps (AAC) inventory, the Westland WG13 Lynx AH7 multipurpose helicopter after almost Forty years’ of service.

With the replacement of the Lynx AH7 by the AgustaWestland AW159 Wildcat, AH7 airframe numbers  reduced gradually over the last few years. The culmination of which took place on 30th March 2015 with the official last front line operational flight of the Westland Lynx AH7 by the Army Air Corps. Major Hannah Hayward, Officer Commanding (OC) 659 Squadron Army Air Corps led the flight of three Lynx AH7 from Dishforth, North Yorkshire Via the London heli-lanes to Middle Wallop, Hampshire.

Although no longer in front line operational use the remaining 6 Lynx AH7 airframes  continued to be used at Middle Wallop by  667 (Development and Trials) Squadron AAC and 7 Regiments 671 Squadron AAC.

671 Squadron AAC continued to use the Lynx AH7 for crew training, running courses in both aircraft type and aircraft role validations. These skills being transferable to the Westland Wildcat fleet with the final course ending at the end of July 2015 with the course graduation taking place on the 31st July. 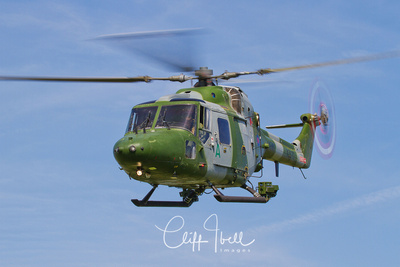 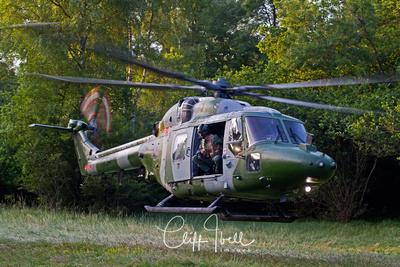 At the ceremony held on 31st July 2015 at Middle Wallop the final Lynx AH7 graduates were presented their certificates by Guest of Honour Jonathan Hayward, the son of Sir Jack Hayward one of the founding members of 671 Squadron AAC. This year (2015) 671 Squadron  celebrated their 70th Birthday so it was with mixed emotions that the assembled Squadron members both past and present witnessed the final flight of the Lynx AH7.

Major Jon Stewart-Davis, Officer Commanding of 671 Squadron Army Air Corps, said: “As the OC of 671 Squadron, it has been a privilege to have the honour of taking the last Lynx Mk7 students through their training. They have worked incredibly hard to get to this point; it’s a long period of training with over 200 hours of flying. For their training to culminate on the Mk7’s final flight with the students flying the aircraft, and also on the Squadrons 70th Anniversary is very special." 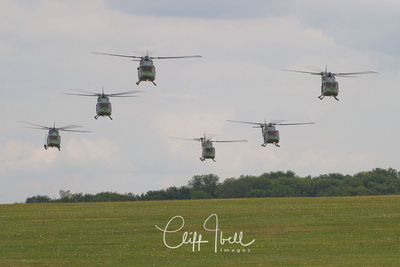 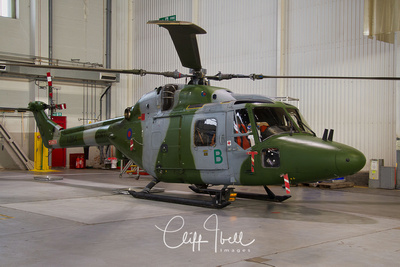 So what next for the Lynx AH7

The remaining Lynx AH7 airframes are taken to Middle Wallop for spares reclamation. Items such as the titanium rotor head and avionics are removed, refurbished and placed in stores in support of the new AgustaWestland Wildcat. This reclamation of parts was made possible due to the implementation in 1998 of the common equipment standard program which ensured that common items such as avionics, defensive aids and other items could be fitted to the entire JHC fleet so cutting costs both in the supply chain and ensuring maximum serviceability of aircraft. 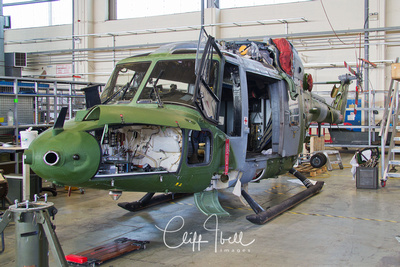 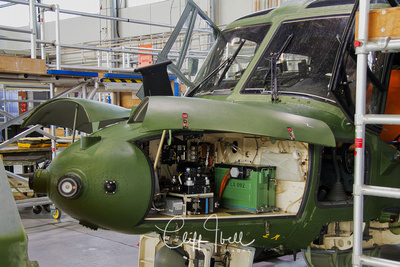 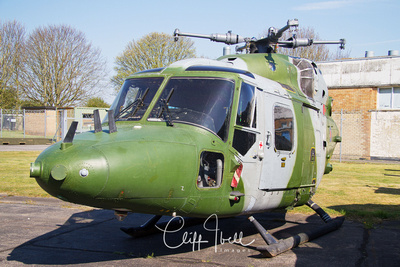 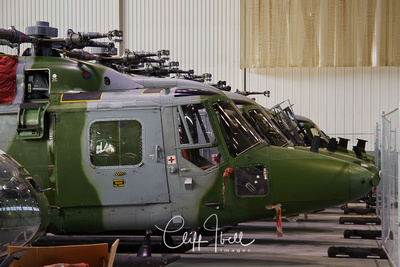 A brief history of the Westland Lynx AH7

The AH7 version of the Westland Lynx was an upgrade of the Westland Lynx AH1 airframe which was first introduced in 1975.  In November 1985 the AAC placed orders for 12 new build airframes and 107 of its AH1 and interim AH5 airframes to be upgraded (the upgrades being completed at RNAS Fleetlands , Hampshire by 1988.).

The significant upgrade to the Lynx AH7 included more powerful Rolls Royce Gem 41-1 Turbo-shaft engines and uprated gearbox plus a larger, composite tail rotor. The addition of the British Experimental Rotor Program (BERP) type 3 semi ridged rotor blades gave the then new Lynx AH7 better performance in both lift and speed over the Lynx AH1. These performance improvements were demonstrated when on 11th August 1986 the Westland Demonstrator helicopter registered G-LYNX piloted by Trevor Egginton set an absolute speed record for helicopters over a 15 and 25 km course by reaching 249.09 mph or 400.87 kilometres per hour, a record that as of June 2015 still stands. 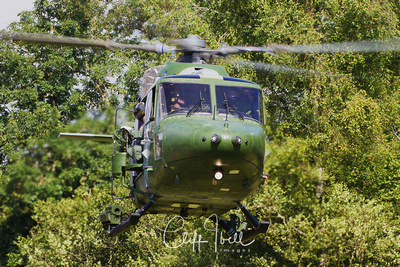 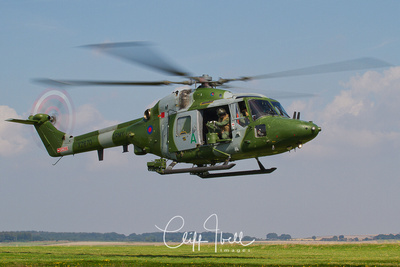 Prior to the introduction in to service of the AgustaWestland AH64D Apache AH1 with the AAC  the Lynx AH7 was the used in conjunction with  the Westland  Gazelle AH1 for Anti-Tank duties with the provision for carrying 8 FITOW (further Improved TOW) wire-guided missiles on 2x4-tube racks on hardpoints attached to the fuselage.  The main role of the Lynx AH7 today is that of Battlefield utility /communications. With a crew of three (Pilot, Co-pilot and Crewman / door gunner) and armed with door mounted 7.62mm GPMG machine guns the AH7 can carry nine troops and carry up to 1350Kg of under slung load (USL) cargo.

The Lynx AH7 has seen service with the AAC in several conflicts around the world with battle honours including both Iraq Gulf Wars, Northern Ireland, Kosovo and most recently Afghanistan.

The retirement of the Lynx AH7 is seen by many of the aircrew both past and current with some sorrow as this is a much loved type which is a joy to fly both being very responsive and agile.