Air frames of No 1 School of Technical Training

When Lord Trenchard created the Royal Air Force in 1918 he realised that  trained specialist engineers were required to maintain the then new complex machines. To fulfill this requirement No 1 School of Technical Training (No 1 SoTT) was formed at RAF Halton Buckinghamshire in 1919.

No 1 SoTT started training engineers in 1919 with the Aircraft Apprentice scheme being launched in 1922. Graduates of the apprenticeship include Sir Frank Whittle the father of the jet engine. 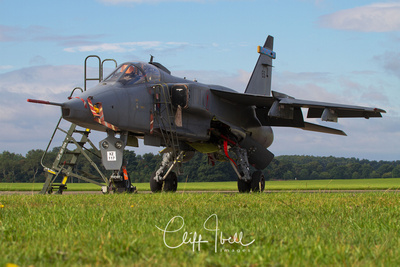 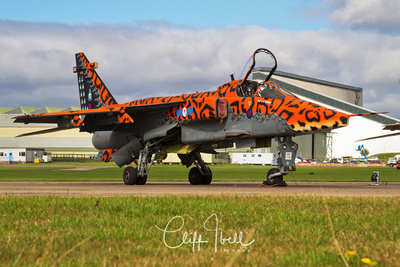 In 1993 No 1 SoTT  transferred to the Defence College of Aeronautical Engineering (DCAE) RAF Cosford Shropshire. From the students taking the apprenticeship the majority of graduates will progress to the NCO ranks but there is the oppertunity to progress to become a engineering commissioned officer.

No 1 SoTT has always used decommissioned airframes as teaching aides for all trade courses as they give hands on experience to students which in turn gives the student better awareness once they return to thier assigned Squadrons.

Today No 1 SoTT and its associated Line Training Flight (LTF) 238 Sqn, Have 80 airframes at thier disposal to teach students from the different line trades upto date techniques ranging from basic metal work skills to advanced avionics as well as ground handeling techniques . Courses run with around 17 students through out the year so providing the Operational flying Squadrons with the sufficent line and engineering trades staff needed for day to day operations.

Most of the airframes used by No 1 SoTT are maintained to flying condition using the current documentation and methods used on servicable aircraft however, they are officially classed as training aids rather than aircraft in order to give instuctors and students the flexability of carring out procedures upon the airframes which would normally only be allowed to be carried out by licenced staff.

The airframes currently used are a mixture of SEPECAT Jaguar GR1/GR3A, SEPECAT Jaguar T4, Panavia Tornado GR1, GR4 and F3, BAe Jet Provost T3/T5, BAe Buccaneer S2A, Westland Sea King and Westland Wessex. A list (current at time of writing) of all the current airframes attached to No 1 SoTT are listed below with photographs and it is hoped to add over time photographs of all 80 airframes.