Situated in rural Shropshire RAF Cosford opened its doors to 50000 visitors for the annual air show and Cliff Ibell Images was there. Celebrating its 70th anniversary RAF Cosford has been holding air shows since the 1940s raising funds for RAF and local charities.  The main aim for the air show however, is to engage with the general public and to show them the work that the RAF does both here in the United Kingdom and around the world.

This was also the  final air show hosted by Air Commodore Mark Hunt who handed over command of RAF Cosford and the Defence School of Aeronautical Engineering (DSAE) to Group Captain Tone Baker on June 15th 2017.

On the ground and In the air.

As well as the RAF Museum, RAF Cosford is home to the Defence School of Aeronautical Engineering (DSAE).  To show the public its work, the DSAE hangers were opened with exhibitions demonstrating the different trades taught at the school with many of the airframes used by the DSAE students taking part in the static aircraft display. For further information on the work of DSAE at RAF Cosford here as a link to their web site RAF Cosford 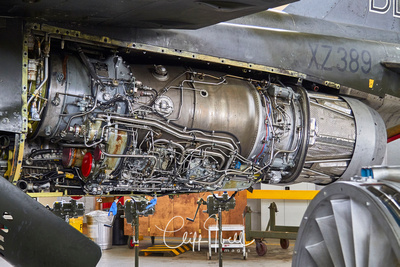 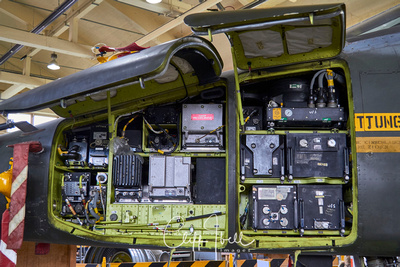 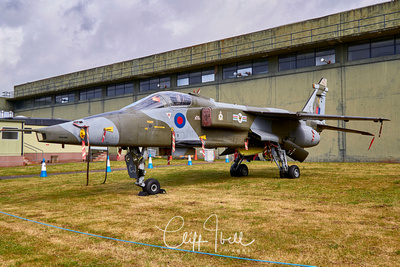 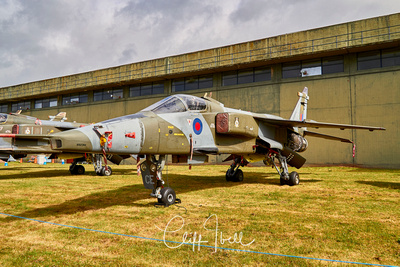 As the DSAE are taking part in the Science, Technology, Engineering and Mathematics (STEM) initiative one of the hangers was given up to displays and exhibits including a mock-up of the Bloodhound SSC land speed record car all trying to encourage young people into these vital fields for the future.

With one of the main air show themes being “Battle Field Support” a vintage village and simulated forward operating post were presented with both period aircraft and re-enactors wearing uniforms of the period. This theme was also carried on into the flying display. 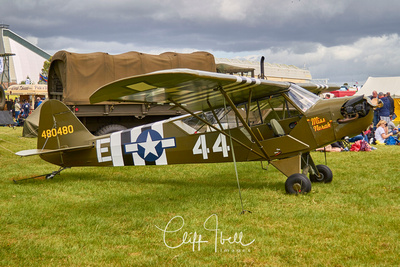 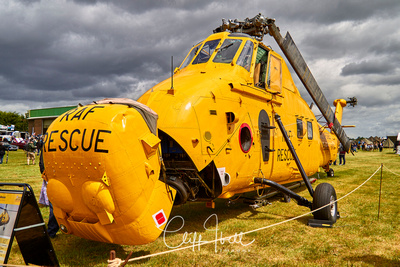 “International cooperation” was another of the main themes and was represented by vintage United States of America aircraft as well as participants from Ireland, Italy and Switzerland. With displays both in the static aircraft area and in the flying display these exhibits demonstrated the close links between the United Kingdom and its NATO allies. 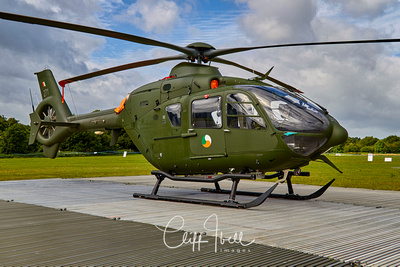 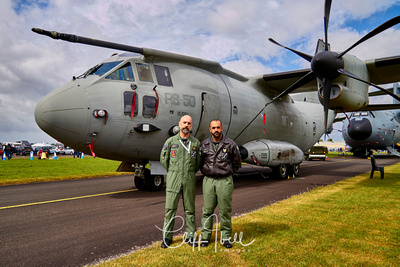 Also in the static display were several of the RAF's current assets including two of its latest acquisitions in the form of the Airbus A400M Atlas transport and making its first public appearance the Airbus H135 HT1 Juno helicopter which will shortly be replacing the Airbus AS350 Squirrel HT1 at the Defence Helicopter Flying School (DHFS) RAF Shawbury. 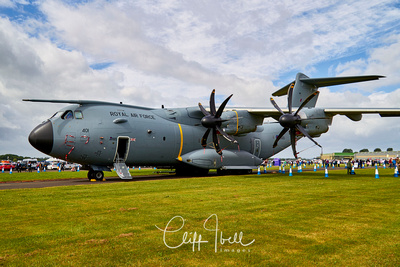 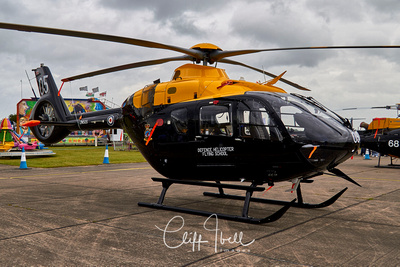 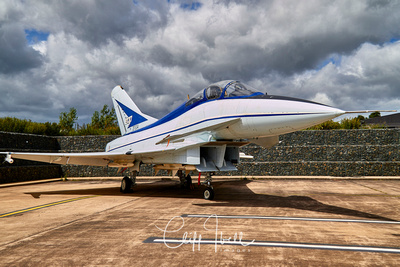 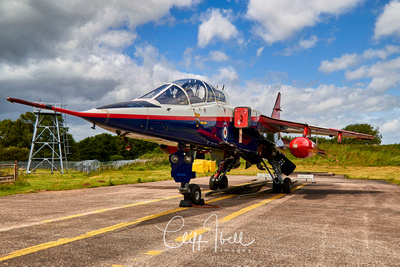 Despite the vagrancies of the British weather and new regulations governing flying displays following the Shoreham disaster a full and varied flying display took place with items ranging from a cold war Antanov  AN2 biplane to the RAF’s Red Arrows.  Sadly the RAF Typhoon display was cancelled at the last minute due to technical problems however the Italian Airforce Panavia A-200 Tornado of 311 Gruppo flown by Capt. Gabriele Aiolfi gave a most welcome display and picked up an award for its stunning colour scheme. Each year the air show organisers present the Hartree memorial trophy for best display and this year was no exception with the 2017 recipients being the Swiss Airforce PC7 team for their immaculate display routine. 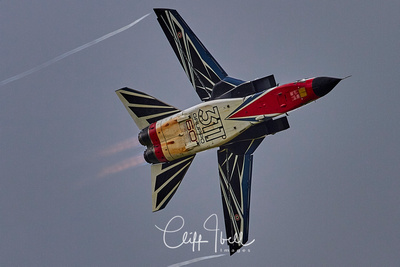 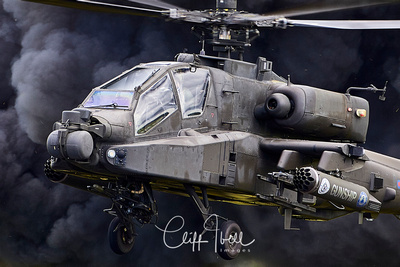 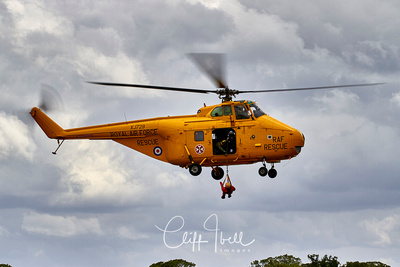 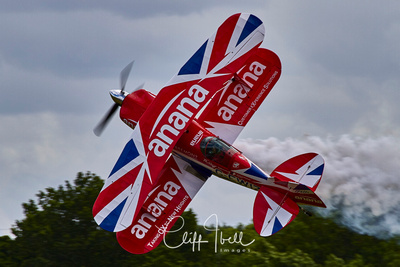 As well as the static and flying displays a fleet of Bell Jet Ranger helicopters provided by Adventure Helicopters gave the public the chance to view the air show from the air. 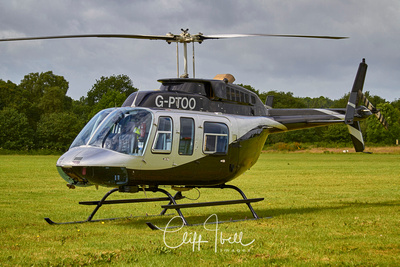 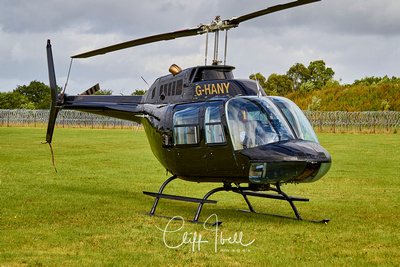 The air show organisers should be congratulated on a well presented air show.  Clive Elliot (Air show Director) and his team managed to get 50000 visitors into and out of the airfield without the huge delays often experienced at other air show venues. Many of the criticisms laid after the event were very minor such as the parking of the Puma helicopter in front of the Cosford club so obscuring the view and the new offset display line taken by the Red Arrows due to regulation imposed upon the air show. Lessons are always learnt after an large event and fine tuning for the next show made.

Speaking after the event Clive Elliot, said “This year’s event has been highly commended by both members of the public and the Royal Air Force leadership team. The personnel from RAF Cosford are a testament to the RAF and have put in a tremendous amount of work over the past 12 months to put on such a fantastic show.”

Finally Cliff Ibell Images would like to thank Sqn Ldr Chris Wilson and his media team for all of their help and assistance with a special thank you to Cpl Brady Wilcock for great banter and getting me close to the action.